This year, I have ambitious plans for my garden space, and I'm borrowing the "can-do" attitude of the women of in the 1940's. My goal is to feed my family as many home-raised food as I can, and decrease our dependence on cruddy, mass-produced, unethical, and unhealthy foods. Channeling my WWII sisters, this is war, and I'm determined to make a difference with my own modern Victory Garden.

Join me as I go through my list of heirloom seeds I want to grow in my modern Victory Garden and find out exactly what I'm supposed to do for each one, and how to use them after the harvest. Next on my list is:

How to Grow Heirloom Bush Beans

From my research, bush beans don't sound terribly difficult to grow. They like sun, water, and mulch, and they don't like beetles. You also aren't supposed to touch them when they're wet, but otherwise, it doesn't look like they're too finicky.

Planting: Plant the first crop of beans 10 days before the last frost date (May 15 in Michigan).Make a ridge in the soil 4-6 inches high, and plant the seed 1 inch deep. Seeds can be planted every 7-10 days after that (or once you start seeing your previously-planted ones sprout). If planting in the summer when the soil is drier, though, push down two inches so they have a better chance of getting water. Bush beans prefer full sun, and in a humid location (like Michigan can be in the summer), allow a little more space between plants.

Soil/Weed Control: Beans actually put nitrogen in the soil, and don't need much fertilizer. A fall/winter cover crop of rye will give them everything they need when tilled under a couple weeks before planting. Well-aged manure can also be worked into the soil before planting in the spring. Bush beans like to be watered about once a week, or more often if the weather is dry. Straw, grass clippings or leaf compost all work well to keep their soil moist.

Pests: Beetles like beans, but can be picked off or sprayed with soapy water to discourage their snacking.

Harvest: One article I read recommended pulling the whole plant, harvesting the pods and then composting the rest to save work and bending over. I would imagine this would be okay if you've been planting more seeds in weekly succession, and those plants will give lots of good nitrogen to the compost.

Things To Do With Heirloom Bush Beans:

- How to Easily Can Green Beans (Black Valentine or Cherokee Wax)

- How to Can Your Own Homemade Dried Beans or Peas (Great Northern, Light Red Kidney, Navy, Black Turtle)

I have high hopes for my modern Victory Garden and my heirloom bush bean seeds. There's still plenty of room for error, but I now know exactly what varieties of heirloom seeds I want to grow and how to take care of them, and I have plenty of ideas of what to do with them after the harvest. 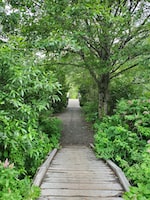 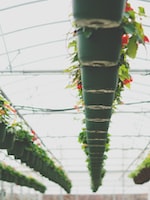 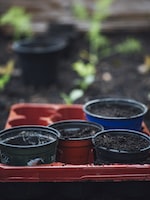 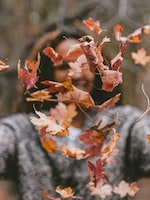