Using fresh plants is one of the best ways to bring the full experience of the holiday season into your home and life. Growing holly and ivy is relatively simple. Both plants are known for growing quickly, making it possible for you to have fresh holiday holly and ivy in no time.

When picking out ivy for your holiday decorations choosing a plant is relatively simple. Since all ivy shares the same characteristics of leaf shape and growth patterns all you have to do is focus on the look that you want. Some ivy has large leaves while other have small or miniature leaves. The leaves can also vary in color but remain constant in the shape from plant to plant. Most often the leaves are light green with highlights in yellow and white. In other kinds of ivy the leaves can be yellow with green highlights or even darker green with bright white contrasts.

The most common ivy plant, the hedra ivy comes in lots of different types. No matter what type of hedra ivy you have it will grow the best on the edge of a table, in a hanging basket, or on the edge of a windowsill. This will allow the leaves to expand outward and down as they normally would. The Grape Ivy is also another common type of ivy that does well in hanging baskets. In the summer you can plant this ivy in a shady spot in your garden.

All ivy plants dislike direct sunlight and will do the best with filtered or indirect light. Ivy will also grow in places where the light is poor which makes it a great houseplant for just about anyone. Ivy also enjoys cool temperatures and moderately moist soil, but not wet. Make sure there is never standing water in the bottom of the ivy. Wet soil can cause root rot which will eventually kill the ivy. If you notice your ivy is becoming top heavy or the soil dries out quickly transplant it to a larger pot.

You can also trim the ends of the roots a little bit to control the size of the ivy. This plant is easily pruned by trimming the ends of any leaves that you don't want. It's like giving your ivy a hair cut. Snip away what you don't want until your plant has the look or shape you want. You can do this every two to three weeks. Once you have the plant watered and potted you can basically walk away. Simply feed your ivy a quality plant food product once a week and keep the soil moist. Dust is terrible for the leaves of an ivy plant. Every two to three weeks shower it off with room temperature water.

From the Massachusetts coast all the way to Florida there are hundreds of cultivated varieties of holly. Winterberry is the holly plant native to North America. The holly plant is very easy to grow and very easy to prune. Holly grows the best in direct natural sunlight and benefits from acidic soil so add peat moss to the top of the soil where you water the plant. Once you plant a holly bush or tree you don't have to do much except keep the soil moderately moist. Nature usually takes care of this so you don't really have to worry about watering unless you are having a drought.

The female holly is the only holly plant that grows berries. Holly plants grow in male and female sexes. The female holly needs a male holly for pollination in order to grow berries. Male holly plants never grow berries. As long as there is a male holly bush within 100 feet of the female, the female plant will grow berries. Sometimes it can take up to 6 years for the holly bush to develop the full fruit and color that it should. Once the holly grows fruit it will last 2-3 months and become an enjoyable source of food for the birds during winter. Typically the fruit grows in late fall and lasts until December.

Since there are so many varieties of the holly plant there can be many color differences, size differences, and growth pattern differences. Some have heavy fruit while other holly plants boast generous height, or bright reds, oranges, and yellows. Some grow up tall and thick will tree trunk like vines while others grow across the ground, or in a bush shape.

If you are looking for a much larger version of holly you can also choose from the American or English kinds. The American Winterberry has bright red to orange colored fruit with dark green leaves. It is very similar to the English Holly. The English holly which can grow to be 50 feet tall needs a sheltered environment like a patio or private garden. It survives better in southern climates but can be wrapped in the winter to avoid damage if you live in the north. The English Holly is the traditional holly seen in Christmas pictures and decoration. It has the characteristic pointy leafs with needle like ends, and the bright red berries. Try decking the garden with boughs of holly and you will see it is the easiest plant to grow. 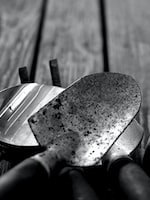 How to Grow Columbine 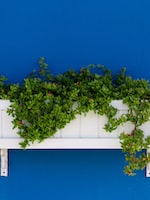 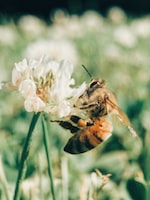 Using Flowers to Attract Bees to Pollinate Your Vegetable Garden 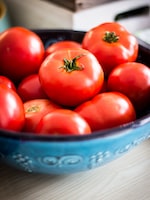 Tips for Starting Your Own Vegetable Garden