Growing spinach is relatively easy as far as vegetable plants go, but even so, there are some varieties that are recognized by experienced gardeners as having a better performance than other varieties. The most popular variety today is Bloomsdale Long Standing Spinach.

There are several varieties of Spinach. Each variety is classified by the type of leaves it produces. Spinach that has shiny, deep green leaves that tend to be narrow, crinkly and curly are classified as the savoy leaf type. Conversely, flat leaf spinach has wider leaves than savoy and, as the name implies, the leaves are flat or smooth.

Savoy leaf type spinach is the type most consumers see in the fresh vegetable section of their local grocery store. There is a very good chance that when you purchase fresh spinach, that you are purchasing Bloomsdale Long Standing spinach. Often savoy-leafed spinach has more depth to the flavor than flat leaf spinach; it is more widely used for salads and dishes calling for fresh spinach as a result.

Care must be taken when rinsing savoy spinach leaves to ensure that each crinkly crevice is cleaned; the twists and turns, along with the depth, makes it easy to miss bits of debris. However, flat leaf spinach lends itself well to commercial use. The wide leaves are easy to clean, so particles of dirt, sand and insects are less likely to remain hidden during the cleaning process. As a result, flat leafed spinach is widely grown for commercial use in prepared and processed foods.

Bloomsdale Long Standing is an open-pollination variety with seeds that reliably produce succeeding generations of the variety; avid gardeners will let some of their Bloomsdale Long Standing go to seed so that they can collect the seeds for the next planting. Bloomsdale spinach leaves can be harvested each week, as long as the plant has not gone to seed. Gardeners simply snip off the outermost leaves while the plant continues to grow in cool weather.

Like all spinaches, the plant is relatively easy to grow. Seeds should be planted as soon as the ground can be worked. Be forewarned; the seeds are very small and lightweight. An ounce of spinach seed generally has approximately 2,400 seeds, more than enough to plant a home garden for several years straight. Many gardeners will overseed the row and then remove the weaker plants, leaving the stronger plants for a longer harvest period.

Since the spinach plant only has a moderate spread, allow only for about six inches between plants within each row. Generally gardeners can begin harvesting spinach leaves about six to seven weeks after planting the seed, so the time from sowing to harvest is relatively short. Baby leaves can be snipped off even as soon as four weeks, although care should be taken to not collect more than half of the available leaves from a plant in a week. In warmer zones, many gardeners will plant spinach in early March, harvest throughout May, then pull the spinach plants entirely and replace with a warm-season crop, such as tomatoes or peppers in the same garden space. Spinach can be planted again in late summer for a fall crop, although most gardeners report better success with the spring crop.

Although spinach has long been a favorite for gardeners, spinach recently took on greater importance in home gardens during the E. Coli outbreak of 2019 and again during the salmonella outbreak of 2019. During those outbreaks, contaminated commercial spinach was determined to have sickened hundreds of consumers and to have caused at least one death.

Spinach is believed to have originally been native to Persia, what is now Iran. Through Arab traders, spinach spread to India, then to Nepal and then to China, around 647 AD. About one hundred and eighty years passed before spinach was brought to Sicily. From Sicily, spinach spread to Spain, then Germany, England and France in the 1300's. Spinach became quite popular because it was one of the earliest leafy green crops available each spring and one of the latest in the fall. Spinach's popularity increased when the French Queen Catherine de'Medici insisted that every meal include spinach. This is the origin of the term "Florentine" in reference to dishes with spinach; de'Medici was born in Florence.

During the course of their business operations, the company developed a variety of spinach that was more tolerant of temperature variations than other spinach varieties. This variety was able to handle both cold and heat and was slower to bolt than other spinach varieties, so it was named Bloomsdale Long Standing. In 1826, the company began offering Bloomsdale Longstanding Spinach seed for sale. In 1925, the variety, already well received by consumers, was further improved by the company. Bloomsdale Long Standing spinach is widely available today through many seed companies, not just through the Landreth company which continues to exist today, despite several changes in ownership. 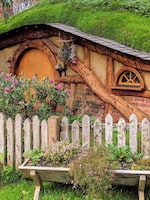 Making the Garden Safe for Children and Pets 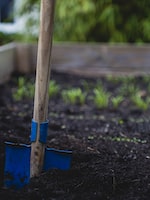 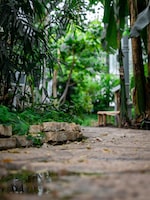 Vertical Gardening How to Get Started 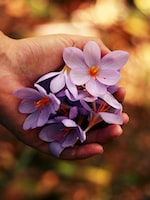